HASS: From Concept to Completion

When a manufacturer of power conditioning equipment wanted to determine why products were experiencing a major failure mode in the field, he contacted one of QualMark’s Accelerated Reliability Test Centers (ARTC) for help. A HASS process was proposed and implemented to provide a solution.

The goal of HASS is to develop a screen that is effective in causing latent failures to become actual failures without removing a significant amount of the product’s life. The HASS process uses rapid thermal transitioning combined with multi-level vibration performed over a frequency bandwidth from 2 Hz to 10 kHz. In addition to these stresses, product-specific stresses, such as voltage margining, frequency margining, and power cycling, are applied.

HALT previously was performed on this product and subsequently the customer requested a HASS screen to be developed. The HASS process included both HASS development and production HASS and used the same accelerated techniques as HALT, but derated.

The details of the uninterruptible power supply (UPS) product will not be disclosed to protect the customer and product identity. The unit consisted of a metal chassis with the main components being a printed circuit board (PCB), a large transformer, and a battery.

The top plate of the chassis was left off to allow faster thermal change rates to the product. The PCB was mounted to the chassis base via several standoffs.

The system tested was a mature product with many hundreds of units in the field. The product was experiencing random failures occurring at the end-user site. The failure mode resulted in several FETs exploding, rendering the UPS inoperable.

An ESS program had been performed on each UPS prior to shipment. The program consisted of a 50°C burn-in at almost full output loading. This was ineffective in precipitating this failure mode or others.

The HASS fixture was designed and fabricated to support the product throughput testing and provide proper vibration transmissibility, thermal uniformity, and a balanced thermal rate of change. Two functional units were secured to the two fixture locations with thermocouples, and accelerometers were attached to each unit to perform thermal and vibration surveys (Figure 1).

The HASS profile was based on the HALT results, along with other product-related variables such as functional test duration, thermal long-term degradation effects (long-term failure modes that may require a reduction of stress levels), product-specific stresses, and production throughput test requirements. The profile consisted of two combined environment cycles performed within the product’s operating limits. The UOL, LOL, and DL values were acquired from the HALT results.

Where: X equaled the margin temperature subtracted from both the LOL and UOL.

Vibration setpoint levels were 50% of the DL, but within the OL, as measured on the product. If the 50% value had exceeded the OL, then 80% of the OL would have been used as the setpoint.

Dwell times at each temperature extreme began where the products attained the desired temperature, and were held a minimum of 5 minutes during which time the functional tests were run. The vibration modulation ramps were slow, with a 5-minute dwell minimum requirement at the maximum vibration level.

These factors were considered in the design of the profile:

Considering these factors, the initial designed profile limits were as follows:

The functional test routine was performed throughout the profile. This consisted of supplying a variable AC input to the units and a variable load on the outputs. The battery charge and battery-line switching circuits also were tested. Power cycling was performed at the thermal extremes.

Proof-of-screen was a two-step process. It determined how effective the screen was in detecting manufacturing flaws and proved that the screen had not removed significant life from the screened products.

The screen’s effectiveness was measured by its capability to precipitate latent defects, such as component weaknesses, PCB flaws, circuit timing problems, mechanical tolerance problems, solder defects, and other manufacturing assembly-related issues associated with the manufacturer’s or vendor’s process going out of control.

For this process, units classified as NTF or parametrically marginal functional units would have been preferred. Since NTF units were not available, production units were used.

Two functional production units were seeded with flaws representative of the manufacturing process going out of control, such as a poor solder process or damaged or incorrect component insertion. The seeded flaws were microprocessor pin 24 bent under on both units, capacitor C618 with a lead nicked on both units, and a cold solder joint on a through-hole lead of capacitor C303 on just one unit.

The screen should detect these flaws. If not, it should be modified (increase or decrease severity levels) until it does.

The seeded test units were screened using the programmed profile (Figure 2). This profile subjected the units to temperature cycles from +83C to -53C at an average transition rate of 45C per minute combined with vibration. Vibration was modulated from a setpoint of 5 Grms to 30 Grms. This initial screen produced the following failures:

The unit was removed and tested with a battery on the bench. On power-up, it blew FETs Q6, Q11, Q22, and Q26, the identical failure that was occurring in the field.

Both units passed the screen with no failures or anomalies.

This process determined the degree of appreciable life remaining in the products after exposure to the HASS profile. The concept was to repeat the profile many times, without failures occurring, to show that production units exposed to only one pass of the profile would still have 90% minimum of the useful life remaining, or 10% maximum of life removed. For greater confidence, additional repeat cycles could have been performed on these units; however, time did not allow.

Production-level units were used for this process, with both fixture locations populated. The test units were screened using the latest profile, then repeated 10 times. This profile subjected the units to temperature cycles from +83°C to -30°C at an average transition rate of 45°C per minute combined with vibration. Vibration was modulated from a setpoint of 5 Grms to 20 Grms.

An inspection of the units following completion of the 20 cycles (one profile = two cycles) revealed that the MOV component RV301 had broken free from the board (both leads were broken at the board) on the upper unit. This failure was not considered of consequence because the customer planned to use room-temperature vulcanizing (RTV) adhesive to support the MOV on future production units.

The HASS development effort began with designing and qualifying the fixture by measuring the unit’s thermal and vibration responses. Then, the HASS profile was developed using the unit limits determined during HALT, along with other product-specific factors. Remember, HALT was required before HASS could be properly performed.

During the development of the HASS profile, adjustments were made to the profile to optimize its efficiency. These changes were reflected in the final profile shown in Figure 3.

The cold thermal fault problem causing the unit to lose serial communications at temperatures below -40°C needed more evaluation to determine the root cause. Once determined, the profile was expanded and the proof-of-screen rerun. The same was true regarding the RTV adhesive on the MOV. The RTV had to be applied between the MOV and PCB and the product life valuation rerun.

The method of HASS development includes:

HASS development was not intended to be a rigid process with an endpoint. Rather, it is a living process that may need modification or adjustment over the life of the product. As more is learned about the product over time, including the HASS results, the profile may change and evolve into an even better, more effective screen.

I would like to acknowledge Dr. Greg Hobbs as the inventor of the HALT and HASS terms and techniques. 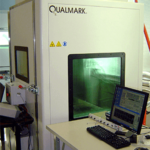