Austin Reliability Labs (ARL) recently had the opportunity to work with a local high school student on a science project for the Austin Regional Science Festival. Michael Neibauer, a ninth-grader, reached out to ARL looking for the expertise and testing equipment that could take his research project for Austin Science Fest on bone material substitutes to the next level. Reliability Engineer Ben Jones was able to assist Michael with the data collection phase of his project, using ARL’s tensile and compression testing capabilities.

ARL had the chance to talk with Michael, as well as his father Brian Neibauer, Global Quality and Continuous Improvement Project Manager at Applied Materials, about the process and what this collaboration added to Michael’s project.

ARL: Tell us about your project, Michael.

Michael: “My idea for the project was to find a better material to be used in bone grafts and scaffolds. I decided to test how much stress different substances could withstand using different pressure tests. I compared materials such as Volcanic Ash, Zeolite and Coconut Shell Powder bonded with Polycaprolactone against an artificial diluted version of a bone substitute called Polycaprolactone and Calcium Hydroxide Apatite. The key area that I was having trouble was in how to get measurable data to show the strength of the substances. In working with Ben and ARL the data became possible!”

ARL: What role did test equipment play in helping your project?

Michael: “I knew that a bone substitute would need to withstand quite some weight, but still not crack under a bend or strain – with that in mind, I set out to look for different tests. The perfect test for tension test was the tensile and a straight up load test was a compression. I was originally just going to do a tensile test, but the very same machine could run a compression test and both were very useful data points. In researching ceramic testing the test equipment that I needed for the experiment became evident and that was when I started to look around town for a lab with the right equipment.”

ARL: Brian, what did it mean for your son to get hands-on experience like this?

Brian: “It was a great experience for him to actually work with directly with Ben. It provided him with a better understanding of how to set up the equipment and get it prepared for running an entire experimental run worth of data. By actually witnessing both the compression and tensile testing live it was much easier for him to visualize the impact and importance of each test and how it relates to a human bone that is crushed, sheered or bent as it relates to the strength.”

ARL: Michael, how did you originally find us?

Michael: “I found ARL while browsing on the internet, then I reached out via email to see if you had the equipment that could do my testing. And that was when Ben replied and we started to plan possible testing times.”

ARL: Brian, what does it mean for Michael to connect with a local business as a ninth-grader?

Brian: “I was actually unaware that he had reached out and got alignment with Ben at ARL as part of the data collection phase of the project. He had asked me if my company had any equipment to measure compression and tensile strength. I checked and said we don’t. Next thing I know a couple of weeks later he is communicating and working with Ben on aligning data collection, mold sizes and using ceramic research studies as a baseline comparison to his bone testing experiment. Having ARL in the local area with the engineering skills, equipment and management support for doing community projects in various engineering areas is a great asset. Thank you!”

ARL: Michael how did our lab help your project?

Michael: “ARL allowed me to not only do something that I couldn’t manage to do at home or even in a school lab, but it also granted me with the opportunity to learn a bunch of new things and get hands-on experience that might come in handy one day. Getting the opportunity to experiment in different fields of engineering and science gives me exposure to possible career opportunities in the future.”

ARL: Brian, do you think he enjoyed the visit?

Brian: “The actual videos that he was able to take during the experimentation was the highlight for him. He showed the videos to everyone as part of explaining what his project was all about. Without the visit and hands-on experience, the project would be pure mental exercise. Additionally, students can actually see real physical results / feedback in real time, which brings motivation and curiosity to a new level. This visit actually created many new questions for Michael’s experiment and now he is diving into the data and analyzing trends, differences and some basic statistics.”

Michael recently won the U.S. Navy and Marine Corps Naval Science Award for his project “The Tensile and Compression Tests of Various Substances Bonded with Polycaprolactone Compared to an Artificial Bone Substitute.” Congrats to Michael for this exciting recognition!

ARL, along with the entire TyRex technology family, was inspired by this experience and used it as a starting point to help the Austin Science Fest in a bigger way. To that end, ARL is now working to recruit other businesses who might not be able to sponsor financially, but would be willing to donate in-kind services to other students like Michael to develop their projects. If your company would like to support the educational experiences of students in the Austin area, please visit: https://tyrexmfg.com/science-fair-support/ 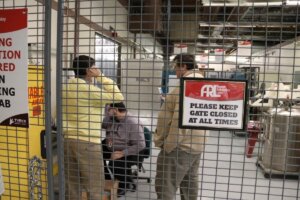 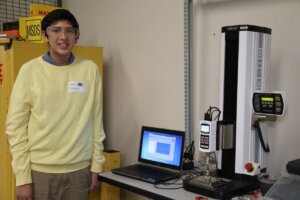 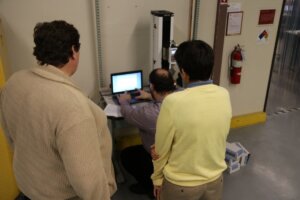 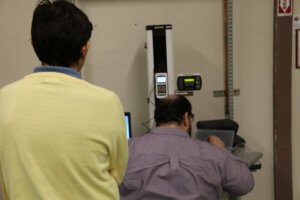